When a content developer copies and pastes a node from one logicnet to another and then makes a change to the caption in that node the system displays a note informing the content developer of the conflict between the original node and the copied version. For example, if you create a node that asks a user to identify a type of car you can copy and paste that node into another logicnet. If you then change the questions in the copied version of the node to make the word "car" into "cars" the system displays the following message. 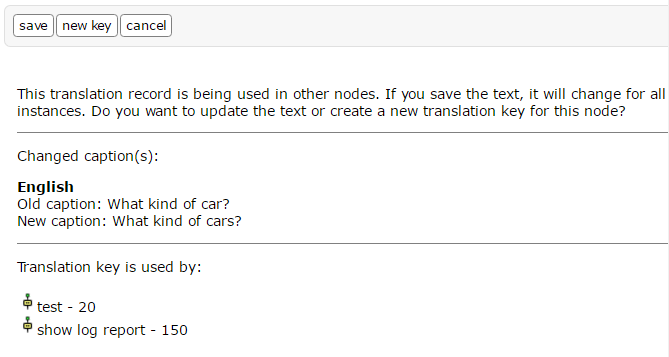