The version notation for LogicNets’ platform software consists of three numbers in the order X.Y.Z.

Additionally, there is a revision number next to the X.Y.Z number. The revision number is tied to our code archive and serves as a link between a software release and the code in the archive. 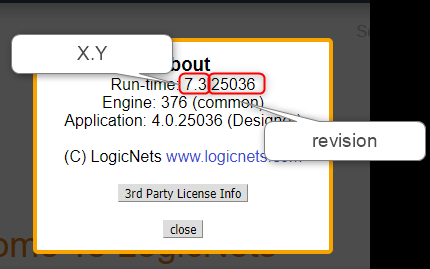